“It takes a big man to admit they were wrong.” At least, that’s what my Dad used to tell me. I find most people rarely admit they were wrong. That’s why it came as such a surprise to me that Creflo Dollar, the American televangelist, founder and senior pastor of the Atlanta-based megachurch World Changers Church International, recently confessed to his congregation that his past teachings on tithing were wrong.

Dollar, an advocate and supporter of the prosperity gospel, issued his remarks during a sermon titled The Great Misunderstanding. Is that all it was? Just a misunderstanding?

Dollar has been no stranger to controversy. For many years he taught the so-called prosperity gospel doctrine, the belief that God will bless those who give their money to Him. In 2015, he was criticized for raising money for a $60 million private jet. In 2012, the televangelist was arrested for allegedly choking his 15- year-old daughter.

Prosperity theology, sometimes referred to as the prosperity gospel, the health and wealth gospel, the gospel of success, or seed faith, is a religious belief among some Christians that financial blessing and physical well-being are always the will of God for them, and that faith, positive speech, and donations to religious causes will increase one’s material wealth. Material, and especially financial success, is seen as a sign of divine favor.

Prosperity theology has been criticized by leaders from various Christian denominations, including within some Pentecostal and charismatic movements, who maintain that it is irresponsible, promotes idolatry, and is contrary to the Bible. As we all know, the practices of some preachers have attracted scandal and some have been charged with financial fraud.

Prosperity theology views the Bible as a contract between God and humans: if humans have faith in God, he will deliver security and prosperity. The doctrine emphasizes the importance of personal empowerment, proposing that it is God’s will for his people to be blessed. The atonement, the reconciliation with God, is interpreted to include the alleviation of sickness and poverty, which are viewed as curses to be broken by faith. This is believed to be achieved through donations of money, visualization, and positive confession.

Another Atlanta pastor, Michael Clayton Harris, called on Dollar to give people a refund for his teachings, pointing to the story of Zaccheus, a tax collector in the New Testament who repaid people four times the amount he had stolen from them.

Throughout his message, Dollar stressed that there is a distinction between the Old and New Testaments when it comes to tithing. In Old Testament law, God’s people were required to give 10 percent of their income, but in the New Testament, that law no longer applies as believers can give as much as they are able to the Lord.

We read in Luke 12:15 “And he said unto them, Take heed, and beware of covetousness: for a man’s life consisteth not in the abundance of the things which he possesseth. 16And he spake a parable unto them, saying, The ground of a certain rich man brought forth plentifully: 17And he thought within himself, saying, What shall I do, because I have no room where to bestow my fruits? 18And he said, This will I do: I will pull down my barns, and build greater; and there will I bestow all my fruits and my goods. 19And I will say to my soul, Soul, thou hast much goods laid up for many years; take thine ease, eat, drink, and be merry. 20But God said unto him, Thou fool, this night thy soul shall be required of thee: then whose shall those things be, which thou hast provided? 21So is he that layeth up treasure for himself, and is not rich toward God.

PrevPreviousThe Cart and Then the Horse
NextA Whole New LevelNext 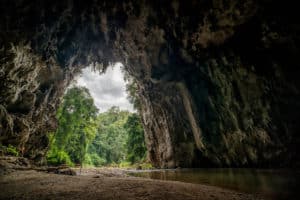